A psychiatrist and his patient begin to interact when there is an assessment of the patient, which includes the case history and a mental exam. This initial phase allows the psychiatrist to set a base-line profile from which the psychiatrist can determine the form of treatment that he will pursue and will be most effective. As the psychiatrist is a physician, he is capable of performing or ordering any physical exam or brain scans that he feels may be helping in determining the patient’s current status.

Once this initial work-up is done, the psychiatrist addresses whatever issues that were brought forward by the patient using both verbal and non-verbal approaches to the treatment. The objective is to turn the patient’s mental disorientation in the direction of a more functional status. Medications may have to be administered, all depending on the severity of the mental disorder. These medications will normally help the patient communicate his state of mind.

The history of psychiatry:

From its early beginnings where the solution was confinement in an institution, psychiatry has progressed to a community-based treatment approach. In early Grecian times, mental illness was seen as something from the realm of the supernatural. It was thought that spirits and demons were behind mental illnesses. The first psychiatric treatments were exorcisms and the casting out of demons.

The first evidence of a psychological hospital was in the eighth century A.D. The treatments were more clinical observation rather than having religious overtones.

In the eleventh century A.D., the first connection was made between mental disorders and the physiological causes. At this time, psychiatric hospitals became institutionalized, seeking only to supervise and control the mentally ill.

By the twentieth century, treatment methods took on the current interdisciplinary approach where the patient’s holistic status; mental, emotional and physical became factors in treatment. Patients started taking an active role in their own treatment; confinements became a thing of the past, and the beginnings of the patient-doctor relationship began to bloom.

What are the benefits of psychiatry?

Psychiatry is now seen as a partnership or liaison between the mentally ill patient and the psychiatrist.  Treatment is less based on fact and more focused on diagnosis and treatment. Psychiatrists keep delving further and further into the origins of mental illness through on-going research and patient observation.

A person who suffers a mental illness may find his psychiatrist the only person that he or she can relate to and fully discuss the experience in the open. The professional acts as a mirror for the patient, making clear the illogical aspects of the disorder, helping to make it clearer as the relationship between doctor and patient matures.

A psychiatrist is one of the key players at University Behavioral Health, El Paso. The psychiatrist is called upon to work with those with mental illnesses and a dependency on alcohol or drugs. 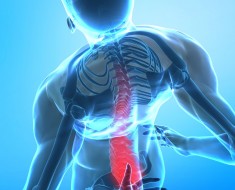